Board of Directors Announces a New Beginning after 72 Years of Service. 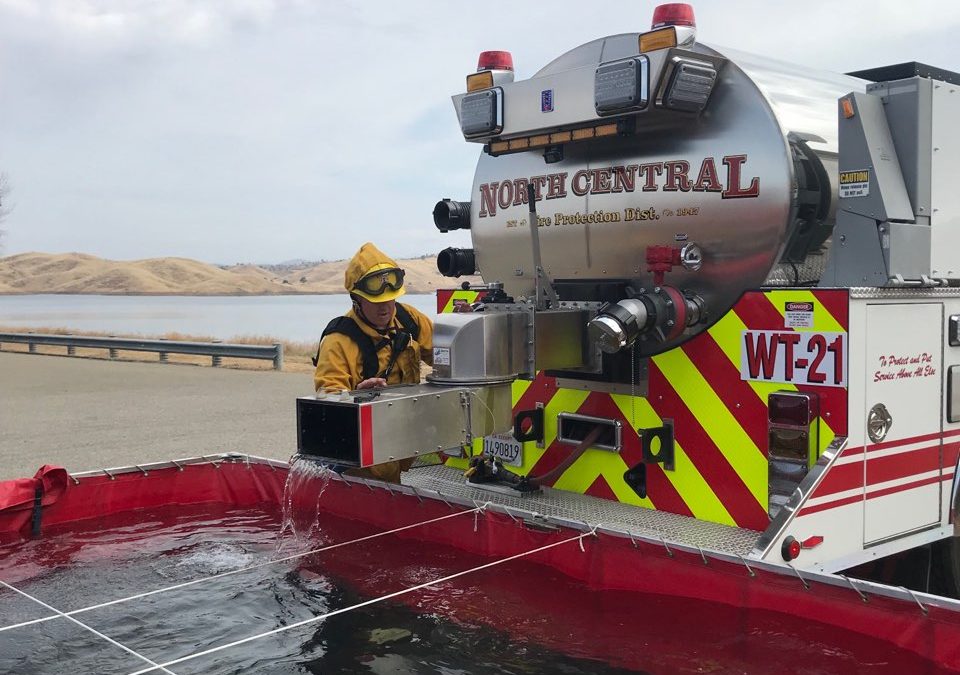 In 1944, a group of concerned citizens, business owners, and farmers began planning the formation of a fire protection district. On December 11, 1945, as a result of a vote by District residents and approval of the Fresno County Board of Supervisors, the North Central Fire Protection District was formed. On July 31, 1947, the District became active with Irving H. Cordy as its first fire chief. In the District’s beginning in 1947, it served 300 square miles, which included unincorporated areas along the northern and western borders of the city of Fresno, and the incorporated city of Kerman and the township of Biola.

In 1947, four fire stations were built and four fire engines staffed by 7 firefighters. After 60 years of providing fire protection with District firefighters, on July 1, 2007 the District entered into a service agreement with the city of Fresno for district-wide protection. Now 11 years later the Board of Directors has hired a new fire chief to re-staff and open the District’s 4 fire stations on July 1, 2019.

The Board of Directors are excited that Timothy V. Henry has accepted the District’s new fire chief position. Chief Henry began his career with the North Central Fire Protection District in October 1978. He is a graduate of the National Fire Academy, Executive Fire Officer (EFO) Program and certified as a Chief Fire Officer (CFO). He has spent more than a decade on a State and National Incident Command Team as an Operation Section Chief. He has worked for CalFire and spent 35 years with Fresno City Fire Department. Now 40 years later he will return to the District where he began his career.

Learn more about the Fire District job opportunities at www.northcentralfire.org